Every Friday I go to "lunch with the guys" and we typically go to the same place. It's something I doing started a couple of years ago with one of my friends and it's grown over time. The place we go sometimes has slow service but the food is pretty good. One unique thing they do is when they take your order, instead of giving you a ticket with a number, they write your name on it. Then, when your order is ready, a worker comes out and calls out your name for you to raise your hand and they bring it to you. We've been going there so much that for most of us they don't even call out our name - they know our name and just bring it straight to our table. 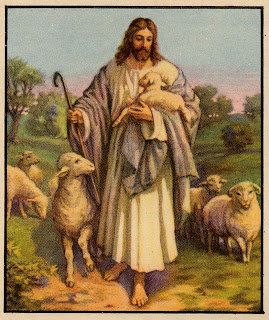 That illustration came to my mind today as I read verse 3 of John 10. Let me show you part of verse 2 and 3 for it to make sense:

"...he who enters by the door is a shepherd of the sheep. To him the doorkeeper opens, and the sheep hear his voice, and he calls his own sheep by name and leads them out." (John 10:2-3 NASB)

We live in a big society where more often than not we are just a number, either a social security number, an account number, a driver's license number, an order number, a number in line waiting to be served, etc. It's so good to be KNOWN. That's probably why we have a tendency to go back to the same places - because they know us. Do you remember the old theme song from the TV sitcom Cheers? It has a line that says, "Sometimes you want to go where everybody knows your name." That captures the essence of our heart - we long to be known ... by name!

I'm so grateful my Shepherd knows my name. He knows me individually, my needs, my wants, my wanderings, my strengths and weaknesses too. And that verse goes on to say that He "leads them out." He doesn't drive them, but He walks before them and they follow Him because they know His voice. (See verse 4.)

Because He knows our name, He's able to minister to us individually, even through the same sermon. It's almost like the Lord has a divine mail merge where He inserts to each one of us just what WE need to hear and we wonder who talked to the preacher about our need! It's because our Shepherd knows our name. That's a good thing, isn't it?!

Today's a monumental day. A new president will be inaugurated whose election was historic. I'm praying for him, for his success, for him to truly rely on the God of the Bible upon which he will rest his hand when he takes the oath of office. Everyone in that crowd of hundreds of thousands of people know his name. But of that multitude there are only a relatively few that he knows their name. What a privilege that is, to be known by someone like that.

You are known by the Almighty God, the Creator of the Universe, the Magnificent Benefactor of all things good. He formed you and fashioned you in your mother's womb. He wrote a journal about your life before you ever lived a day. He intended GREAT things for you and wants the best for you. He knows YOUR name. And don't you forget it!