In my previous post I shared with you how Lori and I came to the decision to explore international adoption in response to the Haiti earthquake. The night after our decision I posted an entry on this blog entitled "Do Something" in which I urged everyone to find something they could do in response to the earthquake. For example, I had given platelets that morning - not that it would solve the crisis, but it was something. And I mentioned in that post that Lori was on the computer next to me researching options for international adoption.

As we began researching how to adopt from Haiti it wasn't very long before we discovered that it would be a long time before the Haitian government was ready to allow new adoptions. Although adoptions that were already in the pipeline could be fast-tracked, there was so much work to be done to determine if a child truly was an orphan, if there were extended family that a child could be placed with, etc, that new adoptions were being placed on hold indefinitely. (See this USA Today story for a further explanation.) So we began to investigate other countries. We looked at Nepal, India, the Philippines, and China, among others, and discovered that each country has their own regulations for prospective adoptive parents, including things such as age, height, weight, income, number of children in the home, etc. Nothing seemed to fit. 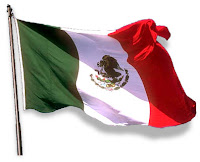 One day my mom asked me why we weren't adopting from Mexico, since we had lived there for several years as missionaries, spoke the language, knew the culture and had a deep love for the people (evidenced by our continual working there over the years, including our regular trips to the Benito Juarez Children's Home in Reynosa). My response was simply that we had looked into it and discovered that Mexico required a 2-3 month stay for adoptive parents to finalize the adoption and I didn't feel I could be gone that long. She asked why not and I responded with the obvious (to me) explanation of who could be gone that long and pastor a church at the same time. Her response was that we had capable ministers in place and that she was sure they would support our decision to do this, covering for me while we were out of the country.

Well that just floored me! I had not seriously considered Mexico as a viable option, due to the extended stay requirement. But as I talked with our church board and the ministers we have in place, they unanimously affirmed their support of this option, encouraging me to move in that direction. Their support was the final confirmation. So we decided to step out by faith and commit to adoption from Mexico. And it was a step of faith! We had no idea what the journey ahead held for us.

handle international adoptions by US citizens. We were blessed to discover it was the agency we had already begun having talks with, the Carolina Adoption Services. God had been guiding us without us even realizing it! Since the Mexico program was so new, they were limiting the number of applicants to adopt from Mexico. After quite a bit of dialog back and forth they agreed to accept us into their limited pilot program of non-relative cases and then it was time to kick things into high gear. Or to paraphrase a well-known saying, we had to hurry up so we could wait. :) My next blog entry will talk about the hurrying up part, so stay tuned for that. And thanks for reading this far.

Our Adoption Story ... so far

How many times have I started a blog with a statement like "I can't believe it's been so long since my last post"? Too many. So let me get the apologies out of the way (I'm sorry!) and jump straight to fulfilling my promise from last year of telling you our adoption story.

Lori and I have been very blessed with three lovely daughters who are even more amazing than their names, Joy, Faith and Hope. Over the years, however, we had discussed adopting a boy to round out the family, but I had generally shot down the idea because I wasn't concerned about the "empty nest" creeping up on us. So although we had discussed it, it really wasn't something that was on the forefront of our thoughts.

Then two years ago this month, on January 12, 2010, Haiti was hit by one of the most catastrophic earthquakes in modern history. Lori and I sat transfixed to the television watching coverage of attempts to save lives and marveling at each success story. And crying together over the tremendous devastation and loss of life. Over 300,000 lives were lost and over 1,000,000 people were homeless, without hope. It was a horrific situation. We felt hopeless to help from so far away.

On Monday, January 18, our church joined with many others in participating in the online prayer service hosted by Healing Place Church in Baton Rouge that was being broadcast over the Internet. It was an amazing time of worship and prayer as Healing Place was able to connect with many national leaders and begin a systematic approach to providing tangible help for Haiti, including boots on the ground opportunities as well as strategic giving opportunities.

During our prayer time I was reminded of the story of the little boy and the starfish. It tells of a man seeing a boy throwing starfish back into the ocean that had been washed up during the high tide, believing they would die if not returned to the water. The man comments on the many miles of beach, the size of the ocean, the countless number of starfish and the smallness of the boy, essentially telling him he can't make a difference to such a big problem. In response, the boy picks up one more starfish, throws it back into the ocean and says, "I made a difference for that one." (I later found out this story was adapted from an original story by Loren Eiseley called The Star Thrower.)

I went to Lori and told her that if she still wanted to adopt internationally, I was in. Little did I know that during this same prayer time she had surrendered her desire to adopt on the altar. Seeing all the children in the news had rekindled her longing to adopt, but she knew I had been opposed in the past. So she told the Lord she would die to that dream and wouldn't bring it up to me again - that if the Lord wanted us to adopt, He would have to put it on my heart. We wept together as we committed to the Lord to explore the journey of adopting internationally. Little did we know how long that journey would be!