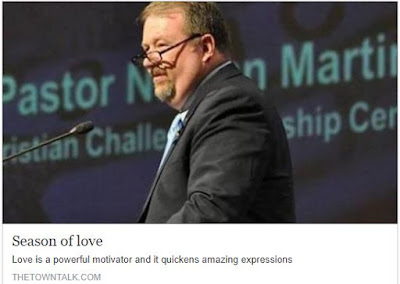 February is known as a season of love! Because Valentines Day falls right in the middle of the month, the whole month gets wrapped up with the theme of love and relationships. Just check out the Hallmark Channel – just as the last month of the year is dedicated to every kind of Christmas movie you can image, February is dedicated to every sappy love story you could ever dream up! And some you never would have thought of!
The origins of Valentine’s Day are not completely known. The most common origin story traces its roots back to a priest named Valentine who lived in Rome in the third century AD. The Roman emperor of the day, Claudius II, had completely banned marriage for soldiers, thinking it was a distraction. Valentine violated Roman law by arranging secret marriages and when he was found out he was thrown in prison and sentenced to death. Supposedly he fell in love with the jailer’s daughter and wrote her a note delivered to her on the day he was to be killed. That note was signed “From your Valentine.” And it was delivered on February 14.
Others trace the origins of Valentine’s Day to a Roman festival called Lupercalia that took place in the middle of February, which corresponded roughly to the beginning of their springtime. This festival included exchanges of gifts between those whose names were drawn from an urn, and sometimes that resulted in marriage among the young folk! It’s thought that some elements of this celebration may have been carried into the Christian celebration honoring St. Valentine.
Regardless of how it started, once the merchants got ahold of the idea it took off like wildfire! With the invention of the printing press it became easier to purchase read-made cards for people to express their emotions. And of course the postal service loved promoting anything that caused people to buy stamps!
But maybe, just maybe, the idea of celebrating love actually originated in the heart of God! The most famous verse in the Bible proclaims God’s love as the motivation for the greatest gift of eternity. ”For God so loved the world, that He gave His only begotten Son, that whoever believes in Him shall not perish, but have eternal life.”(John 3:16 NASB) God’s love motivated Him to do something for those who couldn’t do for themselves.
Love is a powerful motivator and it quickens amazing expressions. One of those expressions of love was demonstrated on the streets of Central Louisiana yesterday as thousands of people from hundreds of churches gathered together to declare their love for unborn babies and their mothers. But they don’t just march!
Over the past couple of years those same people have also put their money where their mouth is and privately funded the Cenla Pregnancy Center, which offers real help to mothers facing a crisis pregnancy. It’s love that motivates them to provide free pregnancy tests, free limited ultrasounds, free consultation by a pro-life nurse or doctor, free counseling by a trained pro-life advocate, and free resources to help moms and dads from the moment of their child’s conception until his or her second birthday.
Ask anyone involved in yesterday’s march or anyone involved with the Cenla Pregnancy Center and they’ll tell you it’s love for God and love for God’s creation, the unborn child, and that child’s mother, that motivates them to stand up and speak out.
Love is indeed a strong motivator! God loved the world enough to sacrifice something precious in order to save us from ourselves. He demonstrated love by not waiting until we were good enough or until we deserved to be saved. The great apostle Paul said it this way, “But God demonstrates His own love toward us, in that while we were yet sinners, Christ died for us.”(Rom 5:8 NASB)
We didn’t deserve His love but He still freely gave it. And because He loved us we are able to love others. I pray that every reader of these words will come to know how truly loved they are in Christ. And that we will also learn to share that love with others.