I'm excited about Christian Challenge's 33rd Jubilee Homecoming Anniversary taking place this weekend, March 28-29! Thirty-three years ago this month Christian Challenge first opened its doors as a School for Christian Workers in Boyce. We later moved to two different temporary locations in Pineville before moving into our permanent facilities on Pearce Road in 1990. 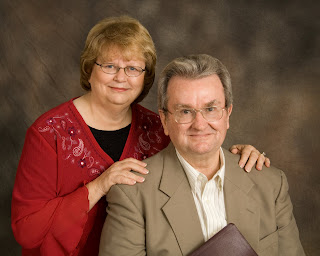 The 33rd year is special because it speaks of a certain level of completeness. History tells us Jesus fulfilled His mission on earth in His 33rd year. With the idea of "completeness" in mind, it's fitting that Sunday's special speaker for this Jubilee will be the founder of Christian Challenge, my dad, Buddy Martin. He has prepared a special video that walks you through the early years and he'll be sharing some special memories of the early days of CCI. I know you'll enjoy that. (BTW, he posted an entry on his blog about the weekend that you'd probably enjoy.)

Christian Challenge wouldn't exist if it weren't for the vision and sacrifice of my dad and mom, Buddy and Betty Martin. They nurtured this stewardship from nothing but a seed, pouring their life, their energy, their resources into creating a place where disciples could be made, servants could be prepared and broken lives could be restored. So it's perfectly fitting that he should be our speaker on Sunday morning. If your live has been touched by Christian Challenge, you won't want to miss this!

But before we get to Sunday we'll have Maxim Ammosov, the director of the Jews for Jesus ministry in Moscow, Russia, on hand Saturday night to lead us through a special "tasting Passover". You'll get to sample parts of the Passover meal as he presents "Christ in the Passover". The words Jesus spoke in the Upper Room will come alive as each Hebraic item is carefully explained. This will take place Saturday at 6:30 PM. There is no admission fee, although we will receive a love offering for the ministry of Jews for Jesus.

I hope you'll plan on being with us this weekend. There will be special music, drama, dance and dinner on the grounds! We'll also have a special commemorative gift for everyone in attendance. And if you can't join us in person, we'll be webcasting both Saturday night and Sunday morning on our webpage. Thanks for helping us celebrate 33 years of ministry! 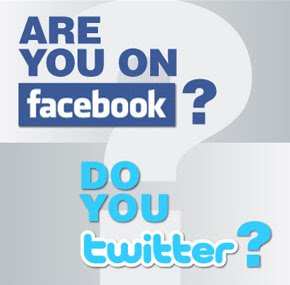 It's been awhile since my last post on January 31. Sorry 'bout that - I quickly got swept back into the routines of life and got out of the habit of blogging. Part of the reason was I got talked into creating a Facebook account, which is fun. I've also set up a Twitter account, so I've been using some other ways of staying in touch with people. But I've missed my blog! So here's a quick story to get me back into the swing of things.

Today I had the difficult task of preaching the funeral for a man I never met. Some of his family members had heard me preach another funeral some time back and as neither he or they were members of any church, when he passed away, they called to see if I would preach his funeral.

I met with the family yesterday afternoon and it was a little awkward. They explained that though they weren't "religious" and that he didn't believe in "organized religion," they felt like they needed some sort of religious ceremony to mark his passing. I asked about his faith and they said he believed in a "higher power" and had a couple of Bibles. I asked for, and received, one of the Bibles, a beautifully bound 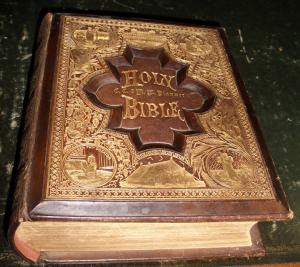 Doré Bible, full of beautiful illustrations. In the front he had meticulously written out his family tree and recorded the births, deaths and marriages of his family. We continued visiting for awhile, but it was difficult. There weren't many pleasant memories to be shared. I prayed with the family and returned to my office.

Later in the evening I went to another funeral home to visit with the family of another man I had never met. I wasn't asked to minister at the funeral, but was there to pay my respects and support a dear friend. This scene was entirely different. This man had been a believer and his family had the full assurance that he was with Jesus. Less than 24 hours before he died he had gathered his family together to say his goodbyes, to individually tell each one of them how much he loved them, instructing them to watch out for one another and telling them not to worry about him, that he was going to be with Jesus. While his passing was mourned, the family and friends had such a hope, such an assurance, such a comfort.

I was stricken by the drastic contrast between these two funeral homes. And the difference was a life lived for Jesus! The second family surely mourned for their loss, but their hearts were incredibly comforted by the firm assurance that their loved one had called on the name of Jesus and that they would see him again. I left there with both a sense of joy for this family and a sense of sadness for the other.

I ministered this morning at the funeral and it was sobering. I shared that the engravings in the Bible were famous the world over but the artist was relatively unknown because he drew long before the days of copyrights. I compared this to the majesty of God's creation who has left us magnificent portraits of His love, and yet we don't know Him. I 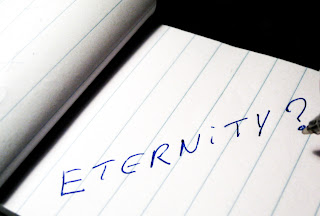 "The conclusion, when all has been heard, is: fear God and keep His commandments, because this applies to every person." (Ecc 12:13 NASB)

I shared that God had explained Himself through the person of His Son, Jesus (see Heb 1:1-3) and that a relationship with Him would fill that void of eternity in our hearts where nothing else would. I then closed with the story of John Newton, the author of "Amazing Grace," which they had picked out as the closing song. His story is one of redemption and hope for everyone, no matter what a "wretch" you've made of your life. God's grace is still amazing to this day.

I wish I could say there was a dramatic transformation or that someone professed faith in Jesus but that didn't happen ... yet. My role was to plant the seed, share the Gospel as plainly as I could and invite them to taste of the eternal fulfillment that we have in Jesus. I pray the Lord will water the seed and cause it to grow and bear fruit.

There you have the tale of two funeral homes. One filled with sorrow and emptiness. In the other was mourning, but with hope. And that hope makes all the difference.