When I began to write this week’s post, I thought it would be a practical post about online safety and tips to avoid common scams. (I wasn’t thinking about identity theft but more about what is often referred to as “confidence games.” I’ll explain more on that later.) But I soon realized that this was the wrong place to focus -  the scammers and “catfishers” aren’t the problem, they’re exploiting the problem. So I’d like to address what I feel is the real issue, and it’s more of a heart issue than a technical one.


How do you decide who to trust?


As Christians, we often want to believe the best about others, especially other Christians. Being someone who trusts easily is NOT a bad thing! The Bible talks about having child-like faith, and that includes an ability (and willingness) to trust both God and others. But the Bible also says, “Behold, I send you out as sheep in the midst of wolves; so be shrewd as serpents and innocent as doves.” (Matt 10:16, NASB) There needs to be a balance.


One of the most basic levels of trust that we give to other human beings is the general acceptance that they are who they say they are. When we meet someone for the first time, we don’t demand three forms of ID and half a dozen letters of reference. When we get a friend request from someone on social media and we recognize their name, we generally accept that they are who they say they are. We take people at their word. For most of our everyday interactions, that’s all we really need. 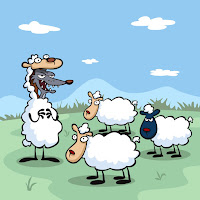 But we cannot forget that there are a lot of wolves out there, and many of them are in disguise. While their initial appearance doesn’t often give them away, their subsequent actions will. And that’s where the “confidence games” come in. Did you know that the “con” in “con man” or “con artist” is short for “confidence?” Confidence scammers, con men, con artists - they exploit trust.


They might be targeting the trust that you have in someone else (because they’re pretending to be someone you know). They might try to build up your trust and then play on your emotional needs through an intense, staged relationship with you where they say all the right things and present themselves as everything you want them to be. (This has also been called “catfishing.”) Or they might play on our very human desire for financial gain with minimal effort (get rich quick scams). These are just three general categories of confidence tricks - there are many more, and every con artist custom-crafts his/her “game” to fit his/her victim. If you’re interested in reading more about confidence games, there’s a good list of them on Wikipedia.

And this is where we need to be shrewd as serpents.


It isn’t that difficult for a social network scammer to pretend to be someone you know. They just copy all of the public information that is available about the person they’re pretending to be and use it to create their own imposter profile. Scammers can also use your public profile information against you. They’ll look at what you post to see what’s important to you, and then they’ll present themselves as exactly the kind of person you’d want to get to know better. But getting you to accept a friend request or start a conversation is only part of the game they’re playing. Scammers are almost always after your money, but to get to your money, they need to convince you to send it to them.


It’s easy to sit here, at a distance, removed from the “heat of the moment,” and tell you that if something seems too good to be true, it probably is. We all know that. But when someone presents just the right lure under the just the right conditions, we’re also willing to forget that! We’re willing to believe that it will be different for us - at least this time. And so we take the bait. In my role as Pastor, I’ve comforted and counseled many who have fallen for a con man’s game. And every single one of them, even as they made what turned out to be a very bad decision, honestly believed that it was a good choice.


And I can relate. Last week in this blog, I confessed that I don’t always make the best decisions myself. As a Pastor, I’m often the recipient of requests for financial help. I hear some heart breaking stories. The thing is, I’m sure that some of them are just that: well-crafted stories. And in that split second when I need to decide whether to give them money for gas or food or whatever it is they’re asking for, unless I feel a clear leading from God that something’s not right, I usually err on the side of compassion. I’m sure I’ve been taken by a good story on more than one occasion. But these are small dollar amounts. When someone comes in with a larger need, the church has a benevolence policy in place. It requires the approval of more than one person, a waiting period, and verification of the need.


But often when we’re approached by scammers, especially online, they aren’t just looking for $20 to top off their gas tank or a few bucks to stock their pantry. They’re trying to convince people to part with hundreds or even thousands of dollars. They might start with a small request, but it quickly escalates after that. Sometimes the con artist is counting on our genuine (positive) desire to help others. Sometimes they’re playing on our equally genuine (negative) desire for financial gain. But either way, they’ll be wrapping it up in a package that is designed to manipulate our emotions and make us want to take the next step with them.


Another point that I shared last week was about temptation. When we encounter temptation, it doesn’t look like danger and destruction. It looks good. It’s appealing. That’s why it’s tempting. And what’s appealing to one person may not have the same draw for another person. If you’re terrified of being on a boat, you’re probably not going to fall for a sales scam that offers a cheap cruise. But if you love cruises, you might be more inclined to check it out… and hope that it’s true!


Your greatest desires, the things that you pray about or dream about, what you long for either openly or in secret - that’s where you’re most vulnerable.


So what can you do to keep yourself from falling into a trap?


First, AVOID MAKING BIG DECISIONS IN ISOLATION. Scammers often weave elements into their stories that are designed to encourage secrecy. They don’t want you to discuss their claims with anyone else because they realize that another set of eyes, another perspective on their story, will often cause it to unravel. Con artists also know how to recognize and take advantage of people who are isolated, who are less likely to have a support system around them. It’s important to note that there’s more than one way to be isolated. You can be isolated if you’re lonely. But you can also be isolated if you’re surrounded by people whom you call friends, but have no one in your life that you respect enough to take correction from. The best defense against falling for confidence games is being a part of a healthy community.


Second, DON’T LET ANYONE RUSH YOU INTO A DECISION. Scammers love to use a sense of urgency (some kind of emergency or imminent deadline) in an attempt to force their victims to make a decision on the spot. Salesmen sometimes use this trick too - they know that if you take the time to think about a major purchase, you’ll probably decide against it. So often, the larger the purchase, the larger the incentive to sign up on the spot. In the scammer world, instead of giving you an incentive, they often threaten you with a loss if you don’t take immediate action. So take a step back and (again) get someone else that you trust involved for the sake of perspective. 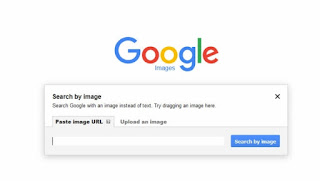 And finally, CHECK OUT THE STORY. Google the person’s name. Look for third party verification that the person is who they say they are - if all you find are social media profiles or personal pages/blogs that the person controls, that’s not very strong evidence. If they provide you with a picture, use Google’s reverse image search to see if it shows up in other places or associated with other names on the web. Also, type a one or two sentence summary of their story into a search engine and see if others have reported being told strikingly similar stories.


Now if you’ve never fallen for a scam, don’t pull any muscles trying to pat yourself on the back :) None of us are perfect. Resist the urge to turn a judgmental eye on those who have been conned. These aren’t individuals who need to be shunned, they’re hurting people who need someone - someone genuine - to reach out to them.


If you have fallen for a scam, you’re not alone. It’s not the end of the world. It’s an opportunity to learn where some of your weaknesses are and work on them. (And this is important, because unless you address the underlying weakness, you’re likely to see it crop up again elsewhere.) It’s also an opportunity to help others by sharing your story. These scams work because of the isolation factor - but when you share your story, you learn you’re not alone, and you help someone else who may be facing a similar situation.


So… would you be willing to share a story of when you fell for a con (or maybe almost did)? Or have you ever been able to help someone in your life avoid, or recover from, a scam? Con artists are excellent at identifying and contacting vulnerable individuals. How can we, as the Body of Christ, do a better job of reaching out to those same people?