A Confession, An Apology, and A Challenge.

As a pastor, and member of the Pineville City Council, I’m very much aware of the value of influence. Respect and trust take a long time to earn, and sometimes only a moment to lose. This is part of the weight that every good leader carries with them, a knowledge that their decisions have consequences reaching far beyond their immediate lives and careers.

And it’s not just the BIG decisions. Little decisions can also have big consequences, too.

So here’s my first confession: I don’t always make the best decisions. I might be able to justify the decision, at least to myself, for a little while. But eventually, just like everyone else, I have to own up to my mistakes. If you’re a member of Christian Challenge, I hope you’ve seen in me a willingness to be transparent, to admit to shortcomings, to learn from these experiences and (hopefully) pass on what I’ve learned. It’s human nature for us to want others to think that we’re fine, that we’re strong, that we have it all together. But I’ve learned that there’s real power, and real healing, in being willing to peel back the veneer and be authentic with each other.

So here comes the second part of my confession...

Several years ago, Lori and I decided to get serious about our health. We began to eat healthier meals, exercise, and take vitamin supplements. It wasn’t easy, but we held each other accountable, planned and prepared a lot of food in advance, ate out a lot less, brought healthy foods with us so that we wouldn’t “have to” make bad meal choices - we were dedicated. And it wasn’t long before we began to see some wonderful results! The pounds were coming off. Energy levels were increasing. People began to notice. And I was flattered. As the weeks and months passed and I reached more of my goals, people didn’t just notice - they began to ask me how I had done it. 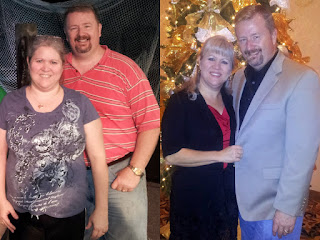 The supplements I was taking came from a reputable MLM (Multi-Level Marketing) company. The diet and exercise plan I was following had been developed by the leader of one particular “downline” of that company, and was not to be shared with anyone who didn’t purchase supplements. Since Lori and I had already signed up as distributors in order to get the volume discount, it felt like a natural step to start selling to others who asked about it. The commissions we would make would help us to raise funds for our international adoption. I believed that the supplements were high quality and the program was well constructed. It had been effective for me and people wanted to know about it... so why not sell it?

The truth is, I did have a reason not to sell it. I had made a promise to myself and to God many years earlier that I would not become involved with another multi-level marketing business. I had been a part of a large MLM back in the early 90’s and had done well. But I allowed it to consume me. I found myself constantly thinking about ways to pitch my products to others. One day I was in an elevator and someone else stepped in. I was standing closer to the buttons, so I asked what floor he was going to. After he told me, my first thought was, “What can I say to turn this person into an customer in X floors.” I didn’t give a thought to his spiritual condition. I didn’t want to invite him to church or to a Bible study. My first thought was to make the sale.

You have to understand that at this time, I had already been a missionary on the foreign field and now was serving as an associate pastor of Christian Challenge! And yet, there I was, more focused on my wallet than his soul.

That experience shook me a bit. It was a wake-up call for me, a turning point. I gave up the MLM and made that promise that I would never go that route again. Now please understand, I never believed that MLMs or those pursuing careers with them were inherently bad. This was a personal promise, a personal area of consecration between myself and the Lord. I never wanted to be distracted from my calling in the pursuit of money.

And for a very long time, I kept that promise and was never even tempted to reconsider it… until the diet plan worked and people were asking questions and the possibility of being a part of an MLM again seemed more like a divine opportunity than a temptation.

And I suppose that’s lesson #1 from this. Temptation doesn’t come holding a pitchfork, dressed in red with horns and a tail. Temptation wears business casual attire and comfortable shoes. It’s likable, easily approachable. If it wasn’t, it wouldn’t really be a temptation.

Giving in to my temptation began with a few tentative steps. At first, I’d tell people that this was really Lori’s business, not mine. I’d just tell my story and direct everyone to her to sign up. (After all, I was kinda keeping my promise if I wasn’t the one taking the money, right?) But despite trying to maintain the illusion of distance, I found myself being drawn further and further in.

Then I drew the line at only “sharing my story” with those who asked me about it directly. (It’s not really sales if the people come to me, right?) Then I began to share a bit on social media and encourage people to ask me about it. (That’s not a hard sell, so that’s OK, right?) Soon, I was attending promotional events and encouraging others to join me. Ultimately, I was hosting promotional events, posting about them in social media, and publicly inviting all of my friends. This “opportunity” had morphed from something that I’d tell a few select people about to something that I spent a good bit of my free time doing. (But the product was very good and I was helping people, people who wanted to be helped - so that’s OK, right?)

Thankfully, I did hold firm on one very important line: I was very careful to never make a sales pitch from the pulpit. I’m glad I didn’t cross that line, but in retrospect, I realize that I still went too far. I didn’t set out to use my influence as a pastor and leader for personal gain. But I do recognize that we often make decisions based on input from those we trust - and because of your trust in me, you may have decided to join the program that I was promoting, even though you might not have considered it otherwise.

I want to apologize for that. Please forgive me.

First, for those who participated in the supplement program with me - I recognize that some of you became customers primarily out of loyalty to me. You wanted to support me, and while I’m grateful, I apologize for leading you down what ended up being a bit of a rabbit trail for many.  Second, to those who felt undue pressure to participate, whether you were customers or not - I am sorry for leaning on my influence and friendships with you to promote this program. I’m sorry for giving this program so much of my time that it may have seemed like I had no time for you unless you were also participating in it. You are more valuable to me than any MLM. I’m sorry for allowing this to skew my priorities, even temporarily. Please forgive me.

And now I feel like I need to make another confession… but is it really a confession if it’s obvious?

Despite all the hype, despite the positive results, it was temporary. All that weight that I lost when I was eating well and following that program… it’s all back. And then some! It’s a bit embarrassing to admit it, but anyone who looks at my pictures on social media knows that it’s true!

The thing is, the weight didn’t come back overnight. Just like my involvement in the marketing program didn’t blossom overnight, either. In both cases, it was a series of small but questionable decisions that brought me to a bad place - they brought me there gradually, almost imperceptibly. The changes are glaringly obvious when you look at them over a longer time frame. But when you’re in the moment, it doesn’t seem like a big deal. “I’ll eat the Blue Bell ice cream, I deserve it, it’s been a hard day. I’ll go to this marketing rally, it’ll encourage me. Another cookie, why sure, just one more won’t hurt! Just a few more customers and I won’t have to worry about money, so maybe I just host one or two events at my house.”

The truth is we’re often content to suffer a series of small failures. As long as it isn’t one sudden, overwhelming failure, it just doesn’t bother us much. But on the other hand, we’re also often unwilling to celebrate a series of small victories. If it’s not a significant, decisive, obvious victory, it’s almost like it doesn’t count. And yet, that’s where we’ll win our biggest battles - one small step at a time.

So here’s my challenge: Lori and I are getting serious about our health again. But this time, we’re going to work even harder to make sure that in our pursuit of physical health, we don’t lose sight of what’s emotionally and spiritually healthy as well. We’re not going to hype a program that promises quick results… or any program at all, for that matter!

But I want to invite you to come and celebrate the small victories with us, and give us the privilege of celebrating the small victories with you. I know that I need to lose weight, and so that’s the metric that I’ll be focused on. But maybe for you it’s a different goal. Maybe you’re focused on your blood sugar numbers. Or maybe your goal is to be able to walk or run a certain distance. Perhaps your first step is just choosing one healthy snack in place of one unhealthy snack every day. Let’s walk through this together. Let’s hold each other accountable for reaching healthy goals in a healthy way, without becoming consumed by them in the process.

So what’s your goal? How can I encourage you? I’d love to hear from you in the comments. Or contact me directly. I’d love to walk together towards wholeness. And thank you for reading this far. And for forgiving me. :)
Posted by Nathan Martin at 5/25/2016 11:27:00 PM