Palm Branches and a Perfume Box 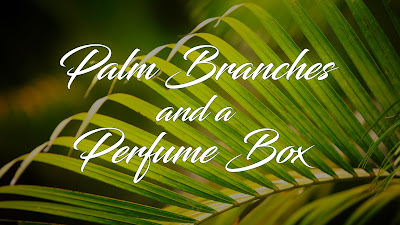 This coming Sunday is celebrated as Palm Sunday. It commemorates the day Jesus rode into Jerusalem and was greeted by praises and palm branches. Yes, it is the announcement of the King of Israel, but many of these same voices that cry “Blessed is He who comes in the name of the Lord” will only a few days later cry out, “Crucify Him!”

This day is important because it is the fulfillment of prophecy. But it is not the ultimate expression of worship. For that I think we have to go back to the night before, when a weeping woman poured out an incredible sacrifice of worship. So in this blog, I want to explore the difference between Palm Branch and Perfume Box Praise.

“On the next day the large crowd who had come to the feast, when they heard that Jesus was coming to Jerusalem, took the branches of the palm trees and went out to meet Him, and began to shout, ‘Hosanna! Blessed is He who comes in the name of the Lord, even the King of Israel.’”
(John 12:12-13 NASB)

The Dead Sea Scrolls show that shortly before Jesus’ time the whole land was swept by a wave of Messianic longing and expectation. In Luke 2 we find the aged Simeon and the 84-year old prophetess Hannah among those in the temple who were waiting for the Messiah, having been promised by God He would come before they died. (Luke 2:25-27,36-38).

As the crowd gathered for Passover their emotions were at a fevered pitch. Everyone knew they were living in the times of the fulfillment of prophecy. But they were looking for a king, a savior, a warrior who would sweep in and uproot the evil Roman empire, establishing Israel as the preeminent political force in the world. Even Jesus’ own disciples believed this. In Acts 1:6, they asked, “Lord, is it at this time You are restoring the kingdom to Israel?” 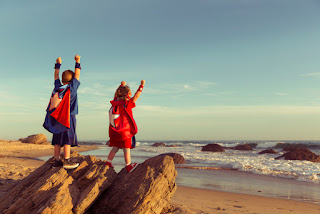 It’s natural to want a superhero. We all long for someone to show up at just the right time and save the day… so we can live happily ever after!

So when Jesus received a hero’s welcome in Jerusalem, it was because the crowds wanted Him to be that kind of hero. The problem with “Palm Branch Praise” is that it praises Jesus for who we want Him to be, not who He is. When we’re in pain or have some need, we simply wave our magic wand of praise and prayer, and Jesus makes all our wishes come true.

But Jesus is who He is, not who we want Him to be! I’m sure Jesus’ actions after arriving in Jerusalem that week surprised a lot of folks They were perplexed when His first act in the city was to clean out the money-changers, disrupting their form of worship. They thought He was there to run out the Romans not disturb their routine! How dare He step on their toes?

Then He begins teaching in the temple. “What a minute! I thought He was going to lead an army against the Romans!” Instead of amassing a great army, He withdrew, pulling back to Bethany with just a few of His disciples. It’s like instead of charging forward, He retreated. Soon, the very ones who had praised Him and announced Him as king now denounced Him, saying they’d rather have a murderer set free.

Do you see how hollow and empty the Palm Branch Praise is? It praises Jesus for who you want Him to be, not who He is. It says, “I’ll praise You if You’ll come through for me.” It’s rooted in the “what have you done for me lately” mentality. But let’s turn and look at the Perfume Box. 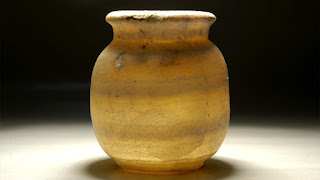 “Jesus, therefore, six days before the Passover, came to Bethany where Lazarus was, whom Jesus had raised from the dead. So they made Him a supper there, and Martha was serving; but Lazarus was one of those reclining at the table with Him. Mary then took a pound of very costly perfume of pure nard, and anointed the feet of Jesus and wiped His feet with her hair; and the house was filled with the fragrance of the perfume.”

By contrast, the palm branches cost the crowd nothing. They cut them down from the trees along the road. But if you think about it, it cost other people something - the trees didn’t belong to the worshippers, so any cost that was involved was borne by the land owners!

Sometimes we overestimate the value of what we contribute to our praise. In 1 Chronicles 21:22-24, David says he will not offer a sacrifice that costs him nothing. Yet how many of us are unwilling to worship with our voices during a worship service because it’s not a style that we prefer, or we don’t like the worship leader, or the music's too loud, or too soft, or just isn’t in that sweet spot where we feel like we can worship easily? If we only engage in worship when we’re presented with the “perfect” atmosphere and “perfect” circumstances… is it really worship at all? 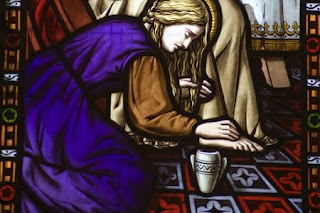 When Mary worshipped and poured out the contents of her perfume box, it was a sacrifice. And it wasn’t just financial - it was a sacrifice of vulnerability. She left herself open to criticism, and critics will always find something to criticize! But if we only worship God when it’s “safe” and no one will think less of us, is that really worship?

Her worship was also very personal, very unique to her. Think about it - perfume is a very personal thing. Women (and men) will try many different types of perfume until they find just the one they like. And that makes her gift of her carefully chosen perfume very special.  In contrast, the Palm Branch crowd’s worship was not very personal. Palm branches are OSFA: one-size-fits-all. In their haste to join the crowd, well, any old branch would do.

Her worship was also intimate. She wiped his feet with her hair. A respectable woman did not unbind her hair in public. Yet for her, in that moment, there was no one there but Jesus. In contrast, the crowd was more swept up in the shared experience of an emotional event.

Mary knew who Jesus was. She believed Him, even when others didn’t fully understand what He was saying. On three different occasions, Jesus told His disciples He would be killed and would rise again: Matt 16:21; 17:22-23; 20:17-19. Perhaps the others didn't believe, or perhaps they desperately hoped it wasn’t true... but Mary took Jesus at His Word, even though what He said was painful for her to hear. Her act of worship demonstrated her faith. It was not only an acceptable sacrifice in the eyes of God, it anointed Jesus for His death and became a part of the Gospel story itself! (Matt 26:12-13) 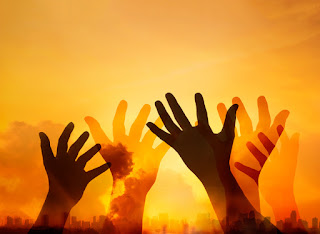 HOW WILL YOU WORSHIP?

Will you worship when it costs you dearly? When it might be misunderstood by those around you? Even when it hurts?

Will you worship when God’s plan isn’t your plan? When the superhero doesn’t swoop in and rescue you the way you wanted? Even when you don’t understand?

Worship comes from the heart. It’s very possible that Mary was part of the crowd, waving a palm branch, declaring “Blessed is He who comes in the name of the Lord!” But if she was, those words were not empty to her. Her public worship was rooted and grounded in her private worship. It was an outflow of a grateful heart. It was a public expression of a true and deep inward work. How can you tell the difference? The outsider can’t. Only you, and God, will know if your praise comes from a palm branch or a perfume box.
Posted by Nathan Martin at 4/06/2017 06:29:00 PM