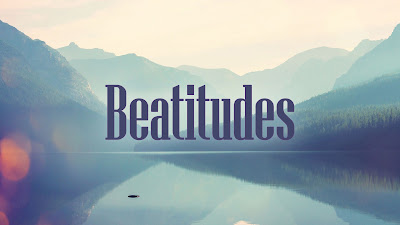 The Beatitudes are rich and full of insight into the character of a disciple. It’s amazing how much rich truth there is in these 10 short verses! In our Facebook Bible-reading group we’ve just concluded a three week study based on Colin Smith’s book, Momentum: Pursuing God’s Blessings Through the Beatitudes. This is a familiar passage for many of us, but every time I study it I come away with something new.

“BLESSED ARE THE POOR IN SPIRIT, FOR THEIRS IS THE KINGDOM OF HEAVEN.” (Matt 5:3 NASB)

The first characteristic of a disciple is that they know they don't have it all together. They recognize their spiritual need. They acknowledge their spiritual lack. And don't pretend otherwise. Calling someone “poor in spirit” is not a put-down, it’s actually a compliment. Only those who know they need help will seek it. And only those who seek help find it.

Why do we feel it's a weakness to confess our weakness? Perhaps because we want others to see us as strong rather that see the strength of the Lord in us? Perhaps because we have set ourselves up as idols? When will we finally realize we have access to the greatest power when we acknowledge our greatest need?

By recognizing my spiritual poverty I am made rich in Christ. I want to be numbered among the poor in spirit who receive the kingdom of God!

“BLESSED ARE THOSE WHO MOURN, FOR THEY SHALL BE COMFORTED.” (Matt 5:4 NASB)

We know, intellectually, that we are sinners. But does it break our heart when we sin? Or do we excuse ourselves and never grieve? Maybe we need to be reminded that the cost of our individual sin was borne in the very body of Jesus Christ. If we could see the stripes on His back that were placed because of our sin, perhaps we would mourn.

We need to feel the pain and the weight of it. We need to see it as something that cannot be played with or excused away. And while that's easy to do over the big sins, sometimes it's more difficult with the one we've struggled with for so long that we just have given up on. Here's a prayer from the devo that will help: "Give me a heart that hates what I once loved." That's a powerful prayer that will set us free to serve God without being entangled. Will you pray that today?

“BLESSED ARE THE MEEK, FOR THEY SHALL INHERIT THE EARTH.” (Matt 5:5 ESV)

The word “meek” has fallen out of use, and the NASB translates it as “Blessed are the gentle.” To many people meekness has the negative connotation of weakness, fear and timidity. "Meek as a mouse" is a common saying. But that's not what Jesus meant. The Latin word for meek means "used to the hand" as in an animal that had been tamed and trained by a skilled hand. So meekness is not weakness but rather "power under control," power directed by the hand of the Lord.

Smith writes that "Meekness grows through the discipline of committed relationships." Wow! That's a powerful statement! And probably one of the reasons Satan works so hard to damage relationships and give people reasons to withdraw from the local church. He knows their growth with be stunted!

It's easy to show Godly character when things are going well. But what about when they're not?
Difficult times are the greatest opportunities for God's character to be developed, and seen, in us. And difficult times often center on difficult relationships! Our responses in these situations show what's really on the inside. If we don't like what's coming out, we need to focus on what we're putting in. 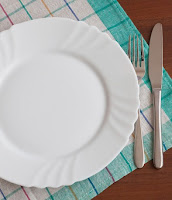 “BLESSED ARE THOSE WHO HUNGER AND THIRST FOR RIGHTEOUSNESS, FOR THEY SHALL BE SATISFIED.” (Matt 5:6 NASB)

We looked at two suggestions to help develop our hunger for righteousness. The first was to practice fasting from legitimate pleasures. The second was to make yourself vulnerable to the needs of others.

Those are wonderful ways to heighten our spiritual senses and stop dulling our spiritual hunger! We don't let our kids eat a candy bar half an hour before sitting down for supper because we don't want to ruin their appetite! Is it possible that we're running our spiritual appetite by being stuffed with the junk food of life? But when we "extend ourselves in serving others" it will create a spiritual hunger within us!

“BLESSED ARE THE MERCIFUL, FOR THEY SHALL RECEIVE MERCY.” (Matt 5:7 NASB)

This beatitude reminds us that the merciful receive mercy. That's something that has motivated me to be merciful because I'm very aware of my need for mercy. This is one of those areas where I think it's especially true that the measure we give is the measure we'll receive - so I want to sow a LOT of mercy because I need to reap a lot of mercy!

I'm reminded of a time in my life when I was struggling with forgiving another person. I complained to the Lord, "I'll forgive them when they say they're sorry." And I heard the Lord whisper to my heart, "Aren't you glad I didn't wait for you to say you were sorry before I sent my Son to die for your sins?" That settled that matter right then and there! I no longer had a problem forgiving that person! 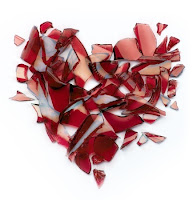 I'm so appreciative of the author's insight that purity doesn't necessarily mean sinlessness. It certainly can speak of being cleansed by the blood of Jesus. But it can also speak of having an "undivided" heart, or a single-minded, single-focused heart.

The comparison of the NLT and NASB translations of Psalm 86:11 bears this out:
“Teach me your ways, O Lord, that I may live according to your truth! Grant me purity of heart, so that I may honor you.” (NLT)

“Teach me Your way, O Lord; I will walk in Your truth; Unite my heart to fear Your name.” (NASB)

So purity of heart equals a united heart. And don't we need that? Isn't our heart pulled in so many directions? Aren't we afflicted with so many options, choices, priorities, interests, etc? It's like we live fractured lives. And so we have a hard time seeing God.

"Lord, give me a united heart, a unified heart, a single-visioned heart, a heart with blinders on that seeks You first, Your kingdom, and Your righteousness. Then I will see You." That's my prayer.

“Blessed are the peacemakers, for they shall be called sons of God.” (Matt 5:9 NASB)

Because I am active in local government and known in the community as a pastor, I am sometimes called upon to be a peacemaker in times of conflict. It is a privilege to be trusted in difficult situations, and I take that to heart. Getting counsel from someone who is not directly involved in a conflict can help those who are in the middle of it see things from a new perspective.

But being a peacemaker by Jesus’ standard is more than just serving as a facilitator. The author points out that true peacemakers must also have peace in their own hearts and lives. There can’t be any unresolved conflicts in their hearts. They must be honest about their own issues, or “own their junk.” They need to deal with conflict rather than sweep it under the carpet. They need to confront without being hurtful. (BTW, if you’re interested in more on this topic, I actually did a three-part sermon series back in 2014 by the same name, “Own Your Junk” - Part 1, Part 2, Part 3.)

Sometimes what we call “peacemaking” is really just avoiding confrontation. Jesus, the Prince of Peace Himself, stirred up a lot of conflict just by being who He was. He could have smoothed things over by being more deferential to the Jewish leaders or refusing to confront sin - but that would have caused a greater conflict, the kind that arises from failing to do the Father’s will.

As Smith writes, “Peacemaking is not for the fainthearted; it takes courage. It could be the most dangerous job in the world. For Jesus, it meant laying down His life.”

“BLESSED ARE THOSE WHO HAVE BEEN PERSECUTED FOR THE SAKE OF RIGHTEOUSNESS, FOR THEIRS IS THE KINGDOM OF HEAVEN. BLESSED ARE YOU WHEN PEOPLE INSULT YOU AND PERSECUTE YOU, AND FALSELY SAY ALL KINDS OF EVIL AGAINST YOU BECAUSE OF ME. REJOICE AND BE GLAD, FOR YOUR REWARD IN HEAVEN IS GREAT; FOR IN THE SAME WAY THEY PERSECUTED THE PROPHETS WHO WERE BEFORE YOU.” (Matt 5:10-12 NASB)

And then we arrive at the final blessing, only to discover how different it is. The first seven described character traits God longs to develop and reward in us. But this final blessing describes the life of one who chooses to pursue those godly traits and finds him/herself going against the flow of the world, swimming upstream, marching to a different beat, and generally making people so uncomfortable that persecution is the response.

We're reminded that opposition isn't necessarily a sign that we're not doing it right. In fact, it may be a sign that we are! Jesus knew we would need encouragement in the face of resistance so He outlined an eternal blessing for those who stand up to temporary opposition.

One scripture says we have need of endurance. Another says that when we've done all we can do to stand, well … to stand. There is great encouragement in the Bible for us to "plod on" when persecuted.

The devo also lets us know there are some times when wisdom indicates we should live to fight another day. Even Jesus avoided a crowd that wanted to throw Him off a cliff because it wasn't His time. But He didn't try to hide from the cross.

So be encouraged, even in the face of your faith finding opposition. Stand for Jesus and He will give you the strength to stand and the wisdom of WHEN to stand. And great will be your reward!

Well, there you have it, a short look at the eight Beatitudes that we covered during the last three weeks in our online Facebook Bible Reading group. If you’d like to join us there, just go to https://www.facebook.com/groups/ReadingBibleWithBroNathan/ and click on the “Join” button. I’ll be glad you did. :)
Posted by Nathan Martin at 3/30/2017 11:25:00 PM