The Power of the Resurrection 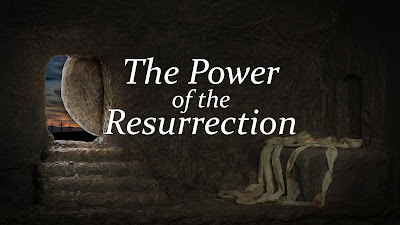 “That I may know Him and the power of His resurrection and the fellowship of His sufferings, being conformed to His death; in order that I may attain to the resurrection from the dead.”
(Philippians 3:10-11 NASB)

A youth pastor once asked a group of Christian teenagers to imagine that archaeologists had discovered positive proof that they had found bones of Jesus of Nazareth. What would that do to their faith?

The students hemmed and hawed. “He's still God, right? He still died for us. He still would have given the same teaching. I could still believe in Him, couldn't I?” They somehow felt they could hold onto their faith, even though Jesus did not rise from the dead.

Paul gives a very different answer to that question in 1 Corinthians 15:16-17 when he says, “For if the dead are not raised, not even Christ has been raised; and if Christ has not been raised, your faith is worthless; you are still in your sins.” Why does Paul say that? What was wrong with that youth group's response to this question? Why is the fact of the resurrection central to true Christianity?

“I followed the Law as well as anyone, and better than any of these false teachers. No one could have looked at any part of my life and accused me of breaking the Law. I was, on those terms, perfect. But now I consider all that I did, all my accomplishments, all that striving to prove to God that I was good -- I say, I consider all of that garbage, as worthless as manure, compared to the greatest thing of all: knowing Jesus Christ. Indeed, I have given up everything else so I might know Him. Once I know Him, I will be in Him, I will be part of His body, and will be declared good by Him, not because of anything I have done, but because I am identified with Christ Jesus. I want to know Christ. I want to know the power of His resurrection.”

Paul's primary desire, what he wants more than anything else in this life is to know the living, the resurrected Christ, and to know the power associated with that resurrection. If Christ is not raised from the dead, if His bones are buried somewhere in Palestine, then we cannot know Him. That man is dead. We might read about Him, we might revere Him, but we cannot know Him. Furthermore, if He is not raised from the dead, then He has no power today. He is dead. His words might have some influence – but He Himself has no power.

That’s why resurrection is so central to Christians: Christianity not a religion based on abstract principles. It is a relationship with a living Savior, a Savior we can not only know about but have a living relationship with, a Savior who infuses our life and empowers us, who transforms us into His likeness.

What is “knowing Christ?” Our relationship with God is deeply personal. Throughout the Bible, God has always revealed Himself as Someone who could be known. In the OT the Israelites are always seen in relationship to a living God.

“Thus says the Lord, ‘Let not a wise man boast of his wisdom, and let not the mighty man boast of his might, let not a rich man boast of his riches; but let him who boasts boast of this, that he understands and knows Me, that I am the Lord who exercises lovingkindness, justice and righteousness on earth; for I delight in these things,’ declares the Lord.”
(Jer 9:23-24 NASB)(Emphasis mine) 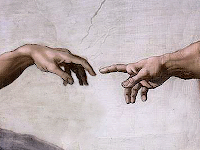 Knowing God is more important than wisdom, or strength, or riches. The people in this world who are most admired are often admired for these three qualities, aren't they? But through Jeremiah, God tells us that what matters more than anything else is understanding and knowing the Lord. Jesus Himself echoes these thoughts as He prays for His followers the night before His death:

“This is eternal life, that they may know You, the only true God, and Jesus Christ whom You have sent.” (John 17:3 NASB)(Emphasis mine)

It is important to know about Him, but we must go beyond simply learning facts. We must cultivate our own relationship with Him. We do that by believing that He is the Son of God, believing the resurrection really did take place, and wanting Him to make us into a new creation. We grow that relationship by spending time in prayer: praying alone and with others. Talking to God builds our relationship with Him. We also need to be willing to follow, even when His commands don't make sense to us. When we do this - when we step out in faith - He will be there to support us, and we will see Jesus as a living, risen Savior.

THE POWER OF THE RESURRECTION

When Paul asks to know the power of Jesus’ resurrection, he’s not asking God for some kind of new spiritual or emotional experience. He’s asking to truly know, to fully comprehend, what has already been accomplished in the resurrection. Let’s consider four aspects of this power.

Do you know Christ?

Do you know the power of His resurrection?

If You say no to either of them, I’d love to visit with you. If you would send me an email to Nathan at ChristianChallenge.org I would love to dialog with you and share what I’ve discovered about Jesus and the power of His resurrection. Faith doesn’t have to be an abstract thing! It can be real and personal and powerful and alive! Please email me today and let’s talk about it!
Posted by Nathan Martin at 4/20/2017 02:08:00 PM