The past two weeks I've been sharing a sermon series entitled "MRI: My Ridiculous Insecurity" in which I use a horrible experience I had with an MRI to explore the topic of insecurity, fear and anxiety. This week I've invited Jenni Baier to share a testimony of how God helped her deal with, and yes, overcome, insecurity in her life. And it's a dramatic testimony that our entire church can bear witness to. You may want to read her blog post about her experience for some background. I'm so grateful for her willingness to be transparent and share so openly and authentically about what God had done, and is doing, in her life. I know this will touch you. 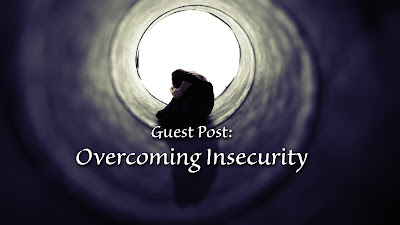 Since Bro. Nathan is in the midst of a series on fear and insecurity, I thought this would be a good time to share a little more of my story. It’s been quite a journey for me these last couple of months! Maybe you were at Christian Challenge in November when I shared during this service.


I’ve struggled with fear and insecurity issues for almost as long as I can remember. By the time I was a teenager, my nerves would make me physically sick virtually every time I went to a concert or large social event. I could handle structured meetings or events where I had a definite role, but small talk in a crowd was terrifying to me. I knew this wasn’t “normal,” but I just couldn’t change it, no matter how hard I tried. And because my awkwardness, others found it easy to make fun of me.

Over time, I became more defensive and overly sensitive to criticism. I tried to maintain control  and hide behind walls I built to maintain the facade that I had things together. I began to look at people as annoyances and obstacles to avoid.

Whenever I’d get overwhelmed and couldn’t handle it anymore, I’d lash out or melt down, and that often hurt and offended others. But because I had come to believe that this was just the way I was and it would be impossible to change, I also believed that I couldn’t possibly be at fault. Yeah, there were problems… but it was everyone else’s problem, not mine! That made it easier to defend my insecurities and justify my actions. As a result, my attitude really stunk sometimes… and that was not a good reflection on me or on the church (where I was employed). 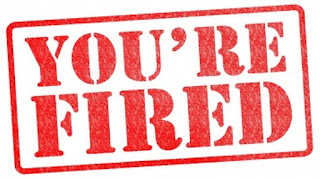 I didn’t realize just how much of an issue it had become until last November when Bro. Nathan called me into his office… to fire me.

That was the “difficult conversation” I’ve never quite elaborated on in public before :)

Bro. Nathan told me that he felt my season at Christian Challenge was over. He didn’t have the emotional energy or grace to deal with having me on staff anymore, and I should start looking for something else. I was shocked. I thought things had been going pretty well. I had no idea I was in any danger of losing my job. I asked if the decision was final. It was.

I was devastated. Stunned. It felt like my world was falling apart. My first instinct was to lash out and blame anyone but me. I wanted to give hurt in return for the hurt I was feeling. But somehow by God’s grace, I understood that I couldn’t go there. This was my fault. I had done this. I was the one to blame. And now I was losing not just a job, but my church, and friends who had been like family to me.

I didn’t know what to say or do. The damage that I had caused was far beyond my ability to repair. And I silently cried out to God to fix it. To fix me.

The conversation with Bro. Nathan continued, and it was difficult. As I listened to him share some of things that had influenced his decision, I apologized. And I even though I didn’t think it would change anything, I pleaded for one more chance. Thankfully, God had already begun to answer my prayer. And by the end of the meeting, instead of being fired, I was on probation. Things still had to change, and I honestly had no idea how I would be able to change them - but I was relieved to have one last chance.

It would be wonderful if I could say that I walked away from that meeting a changed person and never looked back. But the first 24 hours or so after that meeting were actually pretty miserable. I was second guessing things that were said, replaying things in my mind, and just generally feeling insecure and negative about everything. I had been blindsided once - did I really want to risk it happening again? What had I committed myself to? What if I failed? What if I did the best I could and, once again, it wasn’t enough? 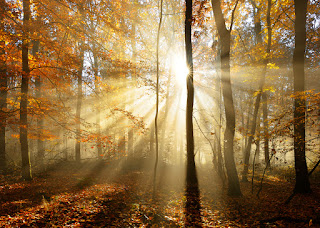 And yet, in spite of my unsettledness, I became much more aware of God’s presence. My relationship with God had been kind of dry and distant for a while, so I wasn’t expecting that. And as I settled my thoughts and focused more on Him, I began to have peace, even though I still didn’t know how everything would work out.

In the days and weeks that followed, I found myself in many situations that would have normally stressed me out and pushed me into panic mode… but the panic attacks never came. Something in me had changed, and those situations didn’t bother me anymore. It was weird. But it was wonderful! Almost overnight, the panic attacks and social anxiety were just gone. I knew that God had done it, but I didn’t really understand what “it” was.

What I did know for sure was that my relationship with God was better than it had been in a very long time. I was getting excited about my quiet times again. I was learning to follow those little promptings and nudges - having great conversations with people - and seeing prayers answered. Everything was better!

And now, a couple of months into this journey, I’m beginning to understand more of what’s been happening. And I can sum it up in three words: Recognition, Repentance, and Relationship.

Recognition - I needed to recognize not just that there was a problem, but that it was MY problem. I had to to own my own mess. God wasn’t winking at my sin or excusing my bad behavior because “my situation was different.”

We tend to think of pain as the proof that we’ve been the unjust victim of something. I’m hurting, therefore I must have been wronged But not all pain comes from offenses against us. A lot of it comes from consequences. Getting fired was certainly a painful consequence. Hearing those uncomfortable things from my pastor was painful. The truth can hurt. A lot. But the truth can also transform.

Sometimes the temptation is to put so much emphasis on grace that we forget Jesus was “full of grace and truth” (John 1:14). 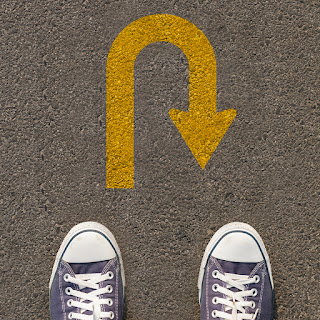 Repentance - I needed to stop justifying my bad behavior and genuinely repent. And when I prayed for God to fix what I had broken - and to fix me - that’s really what I was doing, although I might not have called it that at the time.

I had reached a point where there was nothing I could do in my own strength to make things right. It was a rock-bottom moment, and end-of-my-rope moment. There was no face-saving, pain-avoiding option. It was an awful place to be. And it was exactly where God needed me to be.

My fear of being rejected by others was really a lack of faith in God’s acceptance of me. My excessive concern about others’ opinions of me was really an indication that I didn’t care enough about God’s opinion of me. My worrying about not being good enough was a lack of trust in God’s work in me. The fact that I was terrified of being out of control was a sign that I was not willing to let God be in control.

I had tried for so long to change my attitude, to change my behavior, to change my thinking… but what I really needed was a changed heart. And I couldn’t do that myself. Only God could do that.

So my advice to anyone who might be dealing with insecurity or fear that they feel like they can’t overcome is this: Don’t run away from the pain. There are things God can teach through pain that cannot be learned in comfort. Own your mess. Confess when you’re wrong… but don’t try to fix yourself. You’ll just make a worse mess anyway :) Ask God to fix you. It might be painful. It will definitely be humbling. But in the end, it’s the only way to wholeness. And when He begins to fix things, don’t be surprised if the first thing He fixes is your broken relationship with Him. That’s the best part :) Embrace it. 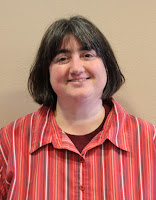 Jenni Baier is a valued member of the Christian Challenge staff and wears many hats. She specializes in graphics, technology, and organization. She's a member of our worship team, has coordinated Vacation Bible Camps, and organizes events such as Hallelujah Night, Fall Family Festival, and even mission trips to Mexico!

What God has done in Jenni's life is truly amazing. The fact that she's so willing to share where she came from and what God had done demonstrates the depth of the work He has done in her. But remember, "God is not a respecter of persons." If He did it for her, He'll do it for you! My prayer is that God will use her story to help you Recognize areas in your life He wants to change, grant you the Repentance to change and build in you the Relationship with Him that you crave.
Posted by Nathan Martin at 1/19/2017 06:48:00 PM