Why I Love Fall

I love fall! Always have! I’m not sure exactly why, but when the heat finally begins to break and we get that first little taste of a nip in the air, something inside of me leaps for joy!

One reason may be all the great memories I have of fall. Marching band was one of the highlights of my high school years and although we started practice in the summer, the majority of our performances were on cool fall Friday nights, plus performing in the fall competitions or marching in the Christmas parades were the epitome of marching band. Sure, I enjoyed concert band in the spring, but marching band was where we got to show off and strut our stuff! 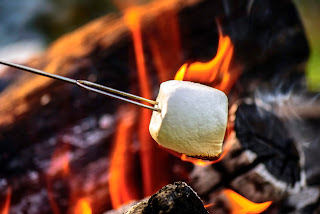 Maybe I just like fall because it was a relief from the brutal heat of summer. But there are other fall memories that are so meaningful to me, things like bonfires, “weenie” roasts, hayrides, fall festivals, the parish fair, bobbing for apples, sack races, football season, squirrel hunting, camping out, Thanksgiving turkey and the list goes on and on! Sure, there were a few unpleasantries about fall, such as raking the yard – but even that often ended up with a huge pile of leaves (or pine straw) to jump in!

As I look back at my list of reasons to love fall I notice that most of those activities imply the involvement of family and friends. Since I’m a pretty social kind of guy, events that bring the people I love together are always going to be high on my list.

But fall also has a more sober side. The changing of colors from verdant green to flaming hues of orange and red, and then to grey bare limbs reminds me that winter is near. Winter, that season of short days and long nights with bitter cold to trap you indoors. And the very leaves themselves, once vibrant and lush soon will lay on the ground, brittle to the touch and fading back into the dust of the earth. Perhaps fall is also a reminder of our own mortality, that one day we, too, will return to the dust from which we came. Which is a great reminder to “make the most of the time” (Eph 5:16) we've been given. 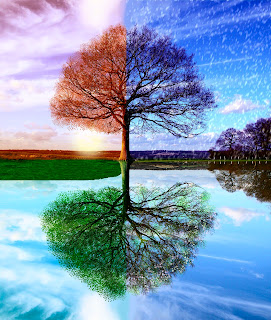 Even in spite of that somber perspective, I find that fall is like a promise – it’s a promise that change is a constant in life. Seasons come and seasons go, and God promised it would always be that way as a sign of His providential care of the earth. His promise to Noah, after the flood, was, “"While the earth remains, Seedtime and harvest, And cold and heat, And summer and winter, And day and night Shall not cease." (Gen 8:22 NASB)

It may seem odd that the changing of a season would remind me of the steadfastness of God, but it does. It draws to the surface an almost unconscious acknowledgement that God is in control. That He is the one who determined the earth’s distance from the sun and maintains it at a perfect 23.5 degree tilt, thus guaranteeing summer, fall, winter and spring (unless you live near the equator or one of the poles!). Less tilt would mean colder poles and hotter equator and more tilt would have more extreme seasons of hot and cold, both of which would affect living conditions, food production, etc. It is by God’s hand that all these things are balanced and work together. Paul, discussing the preeminence of Christ said that “…He holds all creation together” (Col 1:17 NLT). And fall reminds me of that.

Fall also reminds me of the seasons of life we all experience. Not just the growing up from childhood through adolescence, teenage years into young adults and (hopefully) wise elders. But other seasons of life such as seasons of ministry, focus, and calling. We all go through them and sometimes it’s uncomfortable or awkward when God begins preparing us for another season. But often it’s like that fresh nip in the air, the scent of fall, that hint of relief from the heat of the current season! You’re thankful for the productivity of the past season, but you’re also excited for the one to come!

I’ve been through those seasons of ministry and calling. I’ve served as a missionary, associate pastor, youth pastor, worship leader, senior pastor and lots of other roles in ministry. Some of the 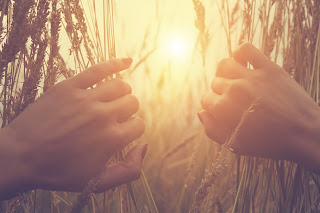 transitions were clear and easy, others were gradual and almost imperceptible. But each season had its own special grace, and when it was time to transition to the next season there was grace upon grace (John 1:16). And new mercies every morning (Lam 3:23)!

Whatever season of life you find yourself in, take comfort that God is in control of all the seasons! In fact, according to Daniel, God is the one who “changes the times and seasons!” (Dan 2:21 HCSB) I believe He does this for His purposes and for the benefit of His children. He hasn’t forgotten the season you’re in – and if He allows it to linger, it’s because He’s still working something out inside of you! Or preparing something else for you!

I love fall because it reminds me of all of the above! Hopefully you’re encouraged in whatever season you’re in. Take a moment to consider the things I’ve shared and thank God for all the seasons of your life, the easy AND the hard. For they’ve all been used to prepare you for the next one!
Posted by Nathan Martin at 11/16/2016 04:59:00 PM