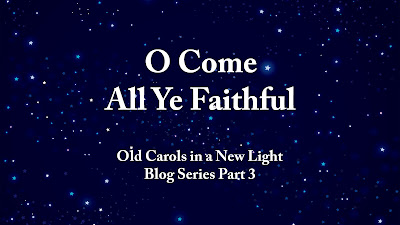 I’m sorry this blog is coming out late this week. I’ve been helping with the community response for a family whose house burned down on Monday. It’s been wonderful to see how the community has responded. Now for this week’s blog...


This is my final installment of “Old Carols in a New Light” for this year! I’ve enjoyed sharing these carols with you. It’s easy to see why they have stood the test of time! There’s a lot of depth, a lot of meat to these hymns, and we could easily devote entire posts to digging into the truths contained in just a single line. 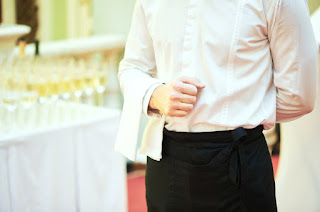 Today I want to talk about “O Come All Ye Faithful.” The phrase “the faithful” is often used as a synonym for “believers” or “Christians.” Why? Because faithfulness is a distinguishing mark of God’s children. (Num 12:5-8) If you recall Jesus’ parable of the talents the adjective the master uses to describe the industrious slaves who gave him a return on his investment was “faithful” – “Well done, good and faithful slave. You were faithful in a few things, I will put you in charge of many things; enter into the joy of your master.” (Mat 25:21)


So this carol was written to believers - the faithful - and we would not even know the carol today if it weren’t for several different men of God in different places and different generations being faithful where they were.


The Story of the Carol


This carol was inspired by a Latin poem written by an Italian bishop (St. Bonaventura) in the 1200s. It was chanted in the ancient churches as the processional song for Christmas morning services. About 450 years later a Roman Catholic layman named John Francis Wade found the poem and produced a copy of the Latin Christmas Carol beginning with the phrase “Adeste Fideles.”


About 100 years later, an Anglican minister named Rev. Frederick Oakeley came across Wade’s Latin Christmas carol. Being deeply moved, he translated it into English for his church. His first translation was “Ye Faithful, Approach Ye.” Later, he revised his translation and this time he came up with the simpler, and now familiar “O Come All Ye Faithful”


Three men of God, living hundreds of years apart in different nations and different traditions, combined their talents to bid us come, joyful and triumphant, and adore Him born the King of angels! The body of Christ cannot be contained in one local assembly, in one nation, in one ethnic group. It is made up of believers through the ages. (Heb 12:1-2,22-24.)


The Message of the Carol


Let’s take a look at some of the lines from the carol and see what nuggets of truth we can discover:


Why Bethlehem? To fulfill the prophecy of Micah 5:2! When Herod wanted to know where the Messiah would be born, he called the priests and scribes. Based on Micah’s prophecy they told him the Messiah would be born in Bethlehem” "But as for you, Bethlehem Ephrathah, Too little to be among the clans of Judah, From you One will go forth for Me to be ruler in Israel. His goings forth are from long ago, From the days of eternity." 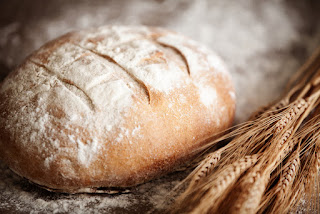 But there may be two other reasons reasons God chose Bethlehem as the birthplace of His Son:


1 - In Hebrew, Bethlehem means “House of Bread.” In the Old Testament the Bread of Heaven (aka “manna”) sent by God to feed Israel in the wilderness is a “pre-shadow” of the Messiah. And you may recall, the Jews grumbled about Jesus because He said, “I am the bread that came down from heaven.” (John 6:41) So where else would the “Bread of Life” come from except from the “House of Bread” - Bethlehem?


2 - Near Bethlehem was a tower called “Migdal Eder,” the Tower of the Flock. It was the place where lambs destined for the Temple were born and raised. Every firstborn male lamb from the area around Bethlehem was considered holy, set aside for sacrifice in Jerusalem. The shepherds would separate the lambs, choosing only the perfect first-born males for the temple.


Think about it - where else would “the Lamb of God who takes away the sins of the world” be born, if not in Bethlehem? And why else would the angels call shepherds to come inspect this first-born lamb? And how else could they respond, but to sing? 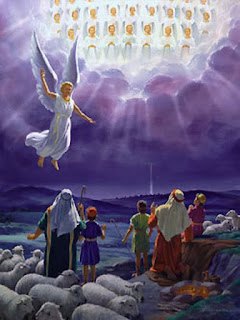 Sing, choirs of angels, sing in exultation,Sing, all ye citizens of heaven above;Glory to God, glory in the highest...


These lines are based on the Christmas story as recorded in Luke 2. “And suddenly there appeared with the angel a multitude of the heavenly host praising God and saying, ‘Glory to God in the highest, and on earth peace among men with whom He is pleased.’” (Luke 2:13-14) It’s interesting that the word “host” is used in this verse. Normally, it is only used to refer to an army. So here we have an army celebrating peace! What better group to announce peace than a group that can enforce peace?!


But notice that the angels did not come to give peace. They came to announce peace! And who has this peace? Real peace on earth exists only among those who are the subjects of God’s goodwill, who are characterized by goodwill toward God and man. This is an odd statement. Peace is not proclaimed to everyone. Only to those who please God. This is why Jesus came to bring a sword, to divide between those who are well-pleasing in His sight, and those who are not.


So how do we become numbered among those who please God? Hebrews 11:6 tells us that without faith, it is impossible to please God. So if you do not believe, you can not have peace! But if you believe, God’s promise is peace. Wow!


Yea, Lord, we greet thee, born this happy morning;Jesus, to thee be glory given!Word of the Father, now in flesh appearing...


John 1:14 tells us that the Word became flesh. That means that Jesus took on flesh, took on our humanity, in order to save us. The theological term for “the Word of the Father, now in flesh appearing” is the Incarnation. That’s a big word, but it has an even bigger meaning.


I’ve shared this story before but it bears repeating. One especially frigid night, a man who was not a believer heard some noise outside. It was a flock of disoriented birds, and he knew that they would freeze to death if they couldn’t find shelter. He ran to barn and threw the doors open. He whistled and tried to shoo them, but they wouldn’t go in. He took bread and corn and made a path, but they wouldn’t follow.


Moved by compassion but frustrated by his inability to help, he longed for a way to just communicate with them. “If I could just tell them I don’t want to hurt them, that there’s warmth and shelter if they would just trust me. But I’m a man and they’re birds and we don’t speak the same language. If I could just become a bird, I could tell them!” Then it hit him: that’s what Christmas is all about.


Without the incarnation, without Jesus, man would be wandering about, perishing, not knowing how to find shelter. So God became a man to tell us how to be saved! 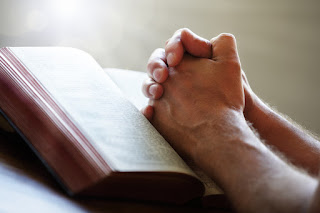 The Call of the Carol


The refrain of this carol is an unmistakable call to worship. And in case you missed it the first time, it’s repeated three times at the end of each verse: O come, let us adore Him! Musically, when we sing this carol, we tend to start soft and build intensity with each repetition, reaching a crescendo as we proclaim the object of our worship, “Christ the Lord!”


Unfortunately often in life, our circumstances threaten to take our worship in the opposite direction. When we first come to faith or have an experience that renews our faith, our worship is exuberant. Then life chips away at us. We still worship, but lose some of that joy. And when things get tough, we can find ourselves burdened by worries, diminished by feelings of loss, to the point where our adoration is barely above a whisper. It doesn’t have to be that way, it just sometimes is.


The good news is there can be “times of refreshing” (Acts 3:19) all throughout our Christian experience. Sometimes we simply need to slow down and take stock of all that God has done for us, how He had mercy on us and saved us. Sometimes there may be some repentance involved as well. And sometimes God uses special celebrations, like the commemoration of the Incarnation or the Resurrection to restore His joy to our hearts. But the promised times of refreshing that Acts 3:19 speaks of “come from the presence of the Lord.” As you press in to Him, to seek Him with “all your heart” (Jer 29:13), you will find His presence becomes very real.


So no matter where you find yourself on that continuum, whether you identify with the “joyful and triumphant” or feel like you’re in a difficult season, the call to worship remains: O come, let us adore Him! How about it? Let’s make this Christmas more about PRESENCE than presents - the presence of the Lord that floods our lives when we worship. O come, let us adore Him! Christ the Lord!
Posted by Nathan Martin at 12/22/2016 05:46:00 PM