Hello friends,
Saturday is election day, the day we select a new justice for the Louisiana Supreme Court from the 4th Supreme Court District. There are two candidates in the race and I wanted to let you know why I and my family are voting for Jimmy Faircloth.
I've known Jimmy since we attended Pineville High School together. Jimmy's a little older than me and was quite the "big man on campus" - quarterback, pitcher, all around athlete and a very popular guy.
Yet none of that went to his head. He was a friend to everyone and even befriended a younger, insecure band-geek who was new to the community. I'll always appreciate that.
After graduation Jimmy went to Louisiana Tech up in Ruston and then followed his high-school sweetheart, Kelly, to Georgia State University where he received his law degree and then he got his Masters of Law at Emery University School of Law. With such a high level of training, Jimmy could have easily accepted a job at any of the many high-powered law firms that recruited him from major cities, but his heart was in Pineville and he and Kelly returned to put down their roots and raise their family here. 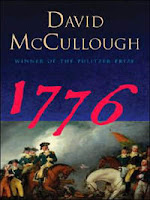 My next encounters with Jimmy were in his role as City Attorney for Pineville, a position he held on two different occasions. There I witnessed Jimmy's expertise in the law in a whole new light. I found him to be incredibly articulate and knowledgeable about matters of municipal law, on top of his broad legal practice that covered many areas of law. Jimmy loves to read and we swapped book recommendations. I still treasure the copy of 1776 by David McCullough that he gave me and insisted I read.

Jimmy is always reading, always stretching, always growing intellectually. He's the kind of guy who reads the Federalist Papers to remind himself of the intent of the framers of the Constitution. His insights into the way politics works, as the "best outcome of opposing forces", have challenged many religious leaders to step into the fray and not let the non-faith voices have a monopoly on matters of public policy. He was a strong finalist for a US Federal judgeship and was Governor Bobby's Jindal's first choice for his Executive Counsel.
Beyond all these things, I've found Jimmy to be a man of exceptional integrity and deep faith. There have been times when something other than the truth would have served his cause or his client's cause but he refused to do so, even if it cost him something. And when faced with life-changing decisions, he always seeks the Lord for guidance. I've been privileged to have him call me to meet him somewhere to pray with him on several occasions as he sought God's will for his life.
There are many, many more reasons why I believe Jimmy should be our next Supreme Court justice, reasons that speak to his exceptional education and accomplishments in the practice of law, his community ties, his family values, his investment into the lives of young people through years of volunteerism, his unquestioned integrity, etc. But ultimately I'm voting for Jimmy because I believe in him and I believe in the depths of my heart that he is the right man for the job.
I urge every one of you to pray about who to vote for in this election. And act on that. Please vote - no matter what, please vote. I just wanted you to know who I am voting for.
Sincerely,
Nathan
Posted by NathanMartin at 10/16/2009 10:01:00 PM

Thank you for sharing your thoughts about Jimmy Faircloth, an exceptional candidate whom I have been lucky enough to call friend as well. He is also our choice for Supreme Court Justice.

Everyone, please get out Saturday and vote!