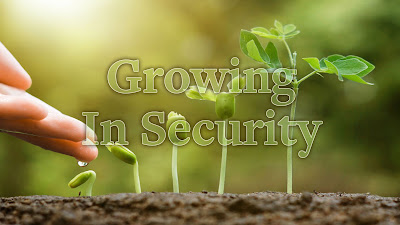 In my Facebook Bible Reading group, we just finished a 12-day devotional plan called In_Security: Break Free from What Holds You Back. I didn't want this one to end! It has truly been one of my favorites in the several years I've been using the YouVersion Bible app. It has spoken so much life to my heart, and I know it’s been meaningful to others in the group as well. This reading plan directly attacked the issue of insecurity in our lives and challenged us to grow in God's security.

I believe that security essentially starts with a healthy self-identity, independent of what others say or think. In John’s account of the Last Supper, we get a glimpse of just how secure Jesus was.

“Jesus knew that the Father had given Him authority over everything and that He had come from God and would return to God. So He got up from the table, took off His robe, wrapped a towel around His waist, and poured water into a basin. Then He began to wash the disciples’ feet, drying them with the towel He had around Him.”(John 13:3-5 NLT) (emphasis mine!)

That goes against what our culture tells us. Have you ever watched the show “Undercover Boss?” It was a “reality TV” series where CEOs or other top level executives went undercover in their own organizations doing entry level work. The shock value of the program’s premise worked in large part because those who are successful and secure in the world’s eyes are usually seen (and often see themselves) as being “above” that type of work. 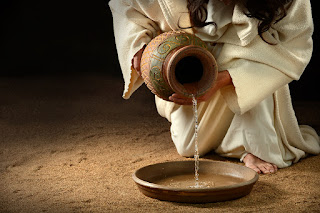 But Jesus isn’t an undercover boss… He’s the Revealed Savior! Washing the Apostles’ feet was just one example of an entire life lived in the kind of humility and service that only comes from true security.

“Though He was God,    He did not think of equality with God    as something to cling to.Instead, He gave up his divine privileges;    He took the humble position of a slave    and was born as a human being.When He appeared in human form,    He humbled himself in obedience to God    and died a criminal’s death on a cross.”(Philippians 2:6-8 NLT)

Insecure people have a hard time serving in humility. Their insecurity causes them to fear being seen as "less.” One of Satan's greatest tactics when it comes to planting seeds of insecurity, is to make us question our identity and worth. If we're not sure of who we are, we'll constantly be looking for affirmation and validation from others. It can come out in people-pleasing tendencies, but it can also be seen in our willingness to put others down in order to make ourselves look better. We can become preoccupied with worrying about how others perceive us and trying to carefully craft and control a façade to impress them or influence their opinions of us.

We need to be set free from the prison of what we *think* people are thinking. 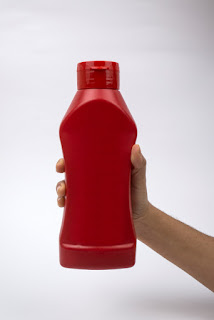 But there's another issue here as well. Sometimes what we think others are thinking is actually a projection of our own negativity, our own struggle. As a young missionary I was often bothered by my fellow missionary's apparent selfish behavior. Every time we ate at a restaurant together, if he offered the prayer to bless the food it seemed as soon as he said "Amen," his hand was already reaching for the ketchup bottle.

At the beginning of his Gospel, John tells us that Jesus was "full of grace and truth." That's an amazing and powerful combination. And they need to come in equal parts. Too much grace (or grace alone) never deals with the problems that need correcting. Too much truth (or truth alone) deals so harshly and severely with the problem that there's hardly any room for correction. So we need the right combination of truth and grace - truth to reveal the problem, and grace to empower change.

But here’s another great truth: It’s not enough to know the truth, we must apply it! The devo author used an analogy of a delicious, healthy meal. It does you no good unless you eat it. You can look at it, smell it, admire it, take pictures of it, tell others about it - but unless you eat it, you get none of the nutrients, none of the benefits. 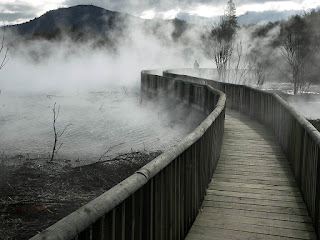 So it is with God's Word. We can read it, tweet it, put plaques of it in our walls - but unless we believe it and act on it, we get none of the benefits. And just like in the example of the healthy meal, it’s not enough to eat once and assume you’re covered for an extended time! Growing in a relationship with God is a process. It requires daily attention. Security comes from having a healthy relationship with God. And that’s a process, not an event, not something we’ll ever be “done” with on this side of heaven.

I love the picture of this being a process, not a destination. That's encouraging because while we can find freedom from insecurity in one area we can still struggle in another. And if we’re not careful, that second struggle can make us feel like we've failed. But we should celebrate every victory as we continue to take every thought captive to the obedience is Christ!

You're not who you were. Hallelujah! But you're not who you're going to be, either. So keep growing, keep pressing forward, keeping leaning in to truth, and keep walking in every freedom Jesus gives you. You'll walk from truth to truth, from freedom to freedom, from victory to victory. And you'll live in the security that Jesus has provided for you. No more insecurity, but rather living securely, Growing In Security!
Posted by Nathan Martin at 2/15/2017 04:51:00 PM