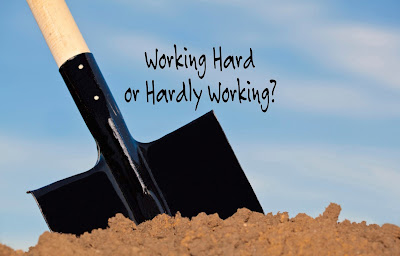 Nobody likes to be on the receiving end of poor customer service. It’s frustrating… and I’ve been there. Of course, there are still people out there who are committed to doing a good job, and I’ve had the privilege of being served by many hard workers who exemplify a good work ethic. It just seems as if there aren’t as many of them around as there used to be. I have to admit that sometimes I feel a bit like an old curmudgeon longing for the “good old days” when (at least it seemed like) courtesy and diligence on the job was the rule rather than the exception.

One of the reasons customer service is so important to me is because as a teenager I was blessed to work for small business owners who were actively involved in the day-to-day operations and took great pride in giving excellent customer service. I was taught that the customer was the reason I was there and was never an inconvenience. And they lived it out in front of me by doing little things - like parking far away from the front door so the customers would have the best parking spaces or by not chasing people out at closing time. I watched them take a loss to save a customer, and in doing so make a life-long friend. That had a long-term impact on me as a young man, and shaped my understanding of customer service.

This past Sunday in my “God’s Secret” series I talked about Proverbs for Work. Coincidentally over this past weekend, two different social media posts about bad service at local restaurants went viral. This is still something of a hot topic, even though members of the management of both restaurants (Taco Bell and Johnny Carino’s) have reached out to the offended parties and promise to take steps to rectify the situation.

But regardless of whether the root of the problem was a bad work ethic or a bad attitude on the part of the employees (or just bad management)... clearly something is wrong. And it’s not just something wrong with the establishments or employees who were the subjects of the viral social media posts. It’s a much more pervasive issue than that. It’s a fundamental flaw in our modern American culture. 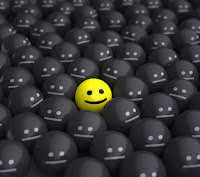 Often, as believers, our values are going to be in conflict with those of the culture in which we live. And that’s the way it ought to be. We are in this world but not of this world. And when it comes to our work ethic, the Bible makes it clear that we should be different from the world.

1 - The voice of our culture says, “I’m not getting paid enough to do that.” Our culture sees success as getting the maximum return for the minimum investment. We also tend to value ourselves and others by how much we earn. So it’s not surprising that people who feel like they’re not getting paid enough for what they do won’t want to do anything more than the minimum required to get by. And it’s also not surprising that employers will try to pay as little as possible to get the job done. It’s a vicious circle.

But the Bible says no matter what kind of work you do, work “with all your heart.” (Col 3:23 NIV) That instruction was actually given to people who lived in a culture where indentured servitude was commonplace. And it still instructed the servant to work hard, no matter who their master was, because it’s the right thing to do.

(By the way, the Bible also has some strong words for employers. A Christian employer ought to be treating his or her employees with respect and pay them a fair wage. “Masters, treat your slaves justly and fairly, knowing that you also have a Master in heaven.” (Col 4:1 ESV) Again, this is spoken to those living in a culture that accepted slavery - and yet the master/employer was commanded by God to be fair and just. And the Scriptures have some harsh things to say to those employers who cheat their employees with regard to wages. (1 Tim 5:18; James 5:4; Rom 4:4; Jer 22:13; Lev 19:13; Prov 22:16; etc.))

But as believers, we shouldn’t be looking for excuses to avoid doing good. We don’t just represent our bosses, we represent Jesus. I’ve already quoted parts of Col 3:23 but listen to the whole verse: “Whatever you do, work at it with all your heart, as working for the Lord, not for human masters,” (Col 3:23 NIV) When you work for the Lord, there’s nothing that’s NOT in your job description! There’s no shirking of duties or dumping your work onto someone else! And this applies whether you like your boss or not!

I mentioned the good examples I had in my early years from employers who were small business owners. I was blessed to get to work for bosses who were not above picking up cigarette butts or trash in parking lot, helping unload a delivery truck or working late helping fill a big order. They modeled servant-leadership to me and showed me that good customer service also means serving our co-workers well.

3 - The voice of our culture says, “Someone else was wronged, so I have the right to wrong others until it changes.” We live in a culture that believes it’s an acceptable form of protest to deny service to someone because you don’t like what they represent to you. It’s sad that we’ve become a society content to judge someone by the color of their uniform and not by the content of their character as individuals. (Yes, that line was inspired by Dr. Martin Luther King, Jr.)

In the Manifesto of the Kingdom of Heaven (also known as the Sermon on the Mount) Jesus charged to disciples to love our enemies and pray for those who persecute us. (Mat 5:43-48) Note that we’re called to pray for, not prey on them! Just because you don’t like what someone stands for, or what someone like them did, doesn’t give you the right to discriminate against them. It was wrong when our country allowed “Whites Only” counters and water fountains, and it’s wrong when police officers aren’t served because of their profession.

The Christian Work Ethic calls on us to treat everyone with dignity and respect. That brings up the sensitive topic of certain professions that may get called on to provide services to people engaging in what they consider sinful behaviors. I believe that is a highly personal decision, and I’m not encouraging anyone to violate their conscious by designing websites for bars, doing landscaping for casinos or baking cakes for non-traditional weddings, if those are personally held convictions. Those are decisions you’ll have to make for yourself. But we are still called to treat everyone with dignity and respect. Period.


On Sunday, I spoke about four work-related themes from the book of Proverbs. In a nutshell, they were A) Don’t be lazy (Prov 24:30-34); B) Don’t be negligent (Prov 10:4); C) Be honest (Prov 11:1); and D) Don’t cheat your boss (Prov 14:23 and 20:17). It’s easy to understand these simple bits of advice… but the reason that they’re in the book of Proverbs and echoed throughout the Bible is because they’re not easy to do. Our human nature wants to go the easy route. Our culture tells us that it’s OK. It’s hard work to go against that grain!

But it’s worth it! As Prov 22:29 says, “Do you see someone skilled in their work? They will serve before kings; they will not serve before officials of low rank.” (NIV) This doesn’t mean it will happen overnight, but people who work hard, who are diligent, who are honest, who are trustworthy… they can’t help but stand out, if they’ll just keep standing long enough.

As an employee, are you trying to get by with giving less than your best? Are you grateful for your job, or are you resentful?

As an employer, are you treating your employees the way you would want to be treated in their shoes? Are you rewarding their hard work, or are you the only one who profits from their labor?

These are questions I think Christians should ponder deeply. And we should also consider the idea that there is no secular/sacred divide when it comes to work. All work is ministry when done “as unto the Lord” - and you never know who God will reach through you. (As a bonus, check out the "Work as Worship" teaching series made available by Right Now Media.)


I’ve got a great closing challenge for you that you can start right now. There are 31 chapters in Proverbs and 30 or 31 days in most months (other than February). So here’s the challenge: Commit to read the chapter of Proverbs that corresponds to the day of the month for a year. It will only take a couple of minutes a day, and you’ll be amazed at how much practical wisdom you pack into your heart. Then you’ll begin to learn God’s Secret Wisdom for those who fear Him!
Posted by Nathan Martin at 10/06/2016 02:20:00 PM